Performing Lines WA is thrilled to announce that Small Voices Louder will be hitting the road again for a new tour across WA following the success of the 2017 regional tour.

Maybe (  ) Together’s biggest tour to date will kick start in Karratha on August 14th, and travel to enthusiastic community presenters throughout the state over six weeks including Tom Price, Broome, Albany, Geraldton, Esperance, and Carnahma and Mullewa.

Led by performance maker Alex Desebrock, Small Voices Louder is an interactive and immersive performance that lets kids have their say about some of life’s big questions. It’s also a sound work of children’s voices recorded in each town, talking about their lives, hopes, dreams and concerns.

Performing Lines WA’s Associate Producer Zainab Syed said, “Small Voices Louder is such a beautiful show, and having watched its wide reach and transformative impact on communities in WA through the previous tour, we are excited to take it to even more communities in WA”.

“This tour will deepen relationships established during our past regional tour and build new ones in areas of the state we’ve not been before” commented Rachael Whitworth, Performing Lines WA’s Senior Producer

“It will also help raise awareness of the high quality work being made right here in WA. Maybe (  ) Together is fast forging a national and international reputation as a company creating unique experiences for young audiences, and it’s important that young people in regional WA have the same opportunity to experience this kind of work as those living in larger cities” said Rachael.

Funded through the Regional and Remote Touring Fund provided by the Department of Local Government, Sport and Cultural Industries, the tour will also provide employment opportunities for local artists in each town through our community engagement program.

For more information about Small Voices Louder and its regional tour, click here. 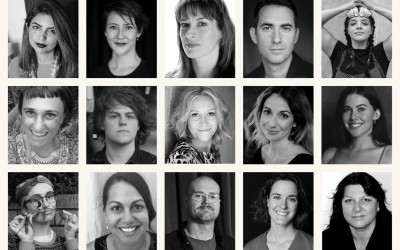