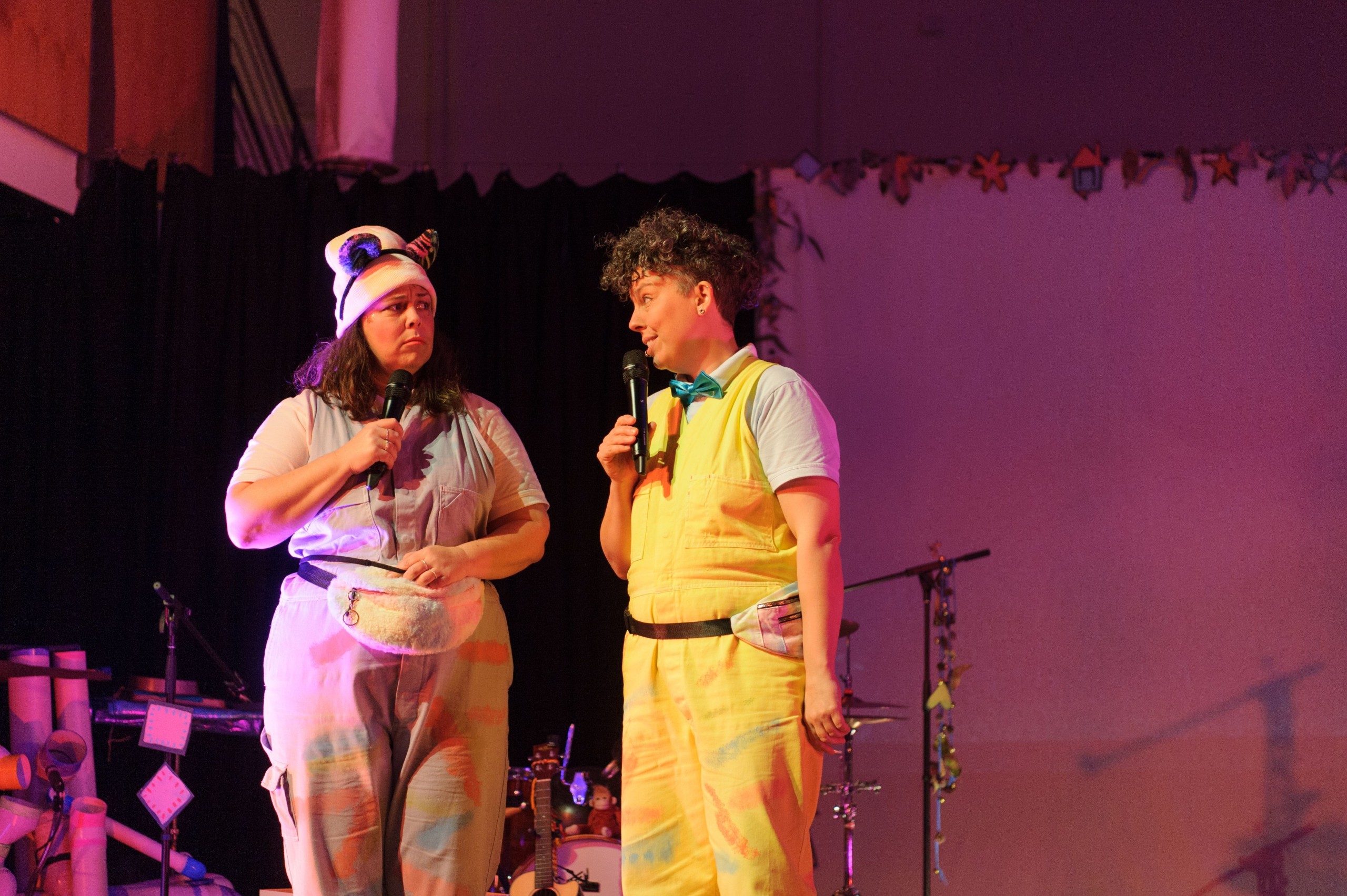 Fat Fruit is a Melbourne based Independent arts company creating queer and body positive performances. Our shows are created collaboratively with queers, feminists and culturally diverse artists from varied artforms and perspectives. We create both large scale and intimate works that cross form and style. Fat Fruit integrate relaxed performance models into all our work and focus on making our shows accessible for Deaf and Hard Of Hearing audiences.

Bec is a Percussionist, Drummer, Performer, Teacher, Musical Director, Composer, Sound Designer and Noisemaker. They are one half of Independent art company Fat Fruit and are a graduate of the Victorian College of the Arts where she studied orchestral percussion.

Bec toured as a permanent member of the Circus Oz ensemble from 2010 to 2014, drumming in the air from Arnhem Land to Broadway. Bec was co-creator of the multi award-winning act Yana Alana and Tha Paranas and has worked with the MTC, Reuben Kaye, Hayes Theatre, Women’s Circus, Melbourne Workers Theatre, Musica Viva, VCA and George Dreyfus.

Bec was the Sound Designer for The Flying Fruit Fly Circus’ award winning production Junk and The Funatorium’s Captain Hook’s Pirate Party, both performed at the Sydney Opera House. Most recently they were Musical Director for The Flying Fruit Fly Circus’ shows; Back in the Big Top and Time Flies at Sydney Festival. Bec is currently Musical Director, Sound Designer and Access Coordinator for Queen Kong and the HOMOsapiens and one half of Fat Fruit Productions.

Bec has over 20 years experience as a music educator and creative arts facilitator. They were the Head of Percussion at the Peninsula School where she taught for 10 years. Bec also taught at Loreto Mandeville Hall for 10 years and is currently the percussion teacher at Footscray City Primary School.

Bec has extensive experience running workshops within a theatre making context with Melbourne Theatre Company, VCA, University of Melbourne, The Women’s Circus and Footscray Community Arts Centre. Bec has had the privilege to run workshops in remote Aboriginal communities in the Northern Territory and Queensland. Bec’s teaching practice is holistic with equal emphasis on wellbeing and musical development.

Sarah is a cabaret artist, actor, writer and one half of independent arts company Fat Fruit. Creator of cabaret character Yana Alana and Queen Kong, Sarah was awarded a Helpmann and along with her creative team have 11 Green Room Awards, the Adelaide Fringe Award and the Melbourne Fringe Award for cabaret.

Sarah’s passion is in the creation of subversive, political work that challenges gender stereotypes and the status quo through her larger than life stage creations. Sarah is a recipient of the 2022 Australia Council For Arts Fellowship Grant and is currently focusing on researching and implementing a relaxed performance model into all Fat Fruit shows.

Sarah was the MC for Circus OZ for two years touring the globe and has worked with La Soiree, Finucane and Smith, Retro-Futuristmas, Yummy, Arena Theatre Company, Melbourne Works Theatre and The Women’s Circus. Sarah was also a co-creator of cult hip-hop cabaret act, Sista She, which was popular in the early 2000’s for creating feminist, queer, hip-hop, theatre. Sarah most recently played the role of Bridget in the Musical Lizzie presented by the Hayes Theatre and is currently writing a new work commissioned by Griffin Theatre Company.

Sarah is a singing teacher and songwriting facilitator, having worked with Artplay, The Fruit Fly Circus, Polyglot Theatre, The Women’s Circus, VCA Music Theater School, Footscray Community Arts Centre, Footscray City Primary School, Clunes Primary School, ECHO collective, The Hackett’s and workshops in many remote communities while touring with Circus Oz. She is passionate about the power of song writing for healing, education and self-confidence. 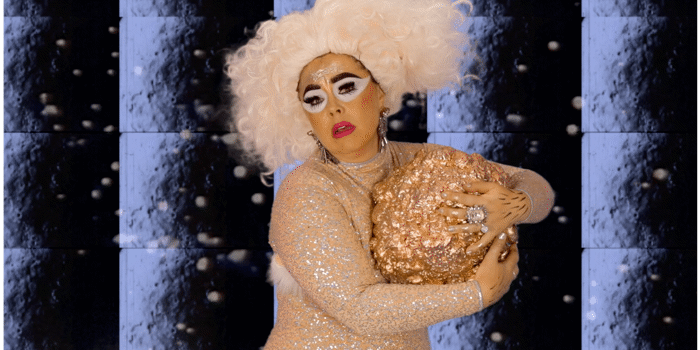 The Legend Of Queen Kong 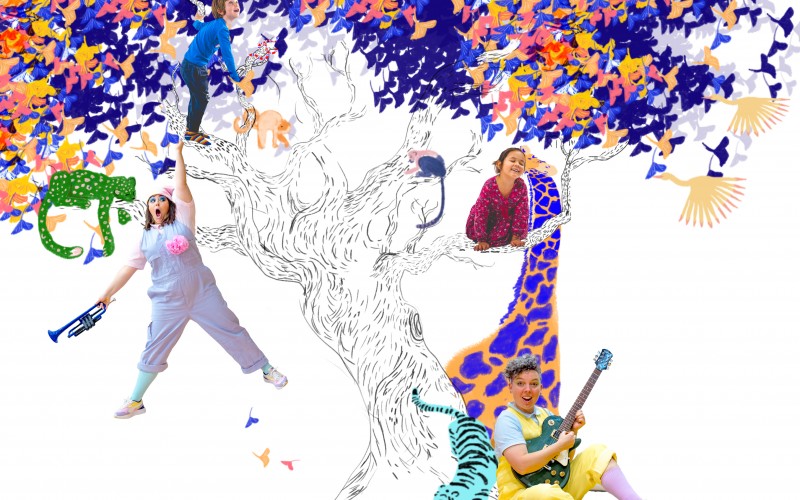 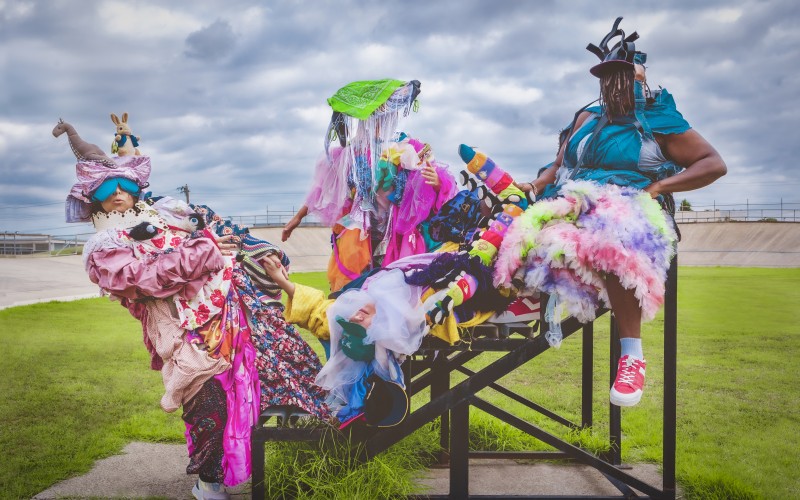