Jo Pollitt is an interdisciplinary artist and postdoctoral research fellow at Edith Cowan University (ECU) in the School of Education. Her work is grounded in a twenty-year practice of working with dance improvisation across multiple performed, choreographic and publishing platforms. She has created work by commission for PICA, LINK dance company and KATH – The Sydney Opera House. Choreographed works include Room, The Playhouse, Perth Festival, 2004, Re-render for Chrissie Parrott, His Majesty’s Theatre, Perth, 2009, Check Point Solo for Rhiannon Newton, Judson Church, New York, and Under the Radar Festival, Brisbane, 2011, Quiet Beast with Paea Leach Venn Gallery, Perth, 2012, divided, CPA, Perth, 2013, Beast #3, PICA, Perth, 2014, She writes like she dances, Bats Theatre, Wellington NZ, 2017, kep waangkiny (water talking), Art Gallery Western Australia, and The Simmering, Perth, 2020. Jo is the lead artist-researcher with #FEAS -Feminist Educators Against Sexism and a core member of ECU’s Centre for People Place & Planet. She has created numerous works including the Beast trilogy with Paea Leach, and worked as director and dance dramaturg for many Rhiannon Newton, Emma Fishwick, and Feminist Educators Against Sexism. Her book The dancer in your hands was published in 2020.

Maitland Schnaars is one of Western Australia’s premier Indigenous contemporary theatre artists. He co-founded the international theatre company Corazon de Vaca and has performed in and co-created a number of their productions, both in Spain and Perth. He has recently performed in productions for Black Swan and a co-production for Queensland Theatre and Griffin Theatre. He has worked with many independent theatre companies in Perth and continues to work with artists from various backgrounds such as dance, multimedia and music. In 2016 he won the Performing Arts WA Best Actor award. Most recently he has appeared in the sell-out productions of Heckett and York. He is also a member of Wadumbah Noongar Dance Group. 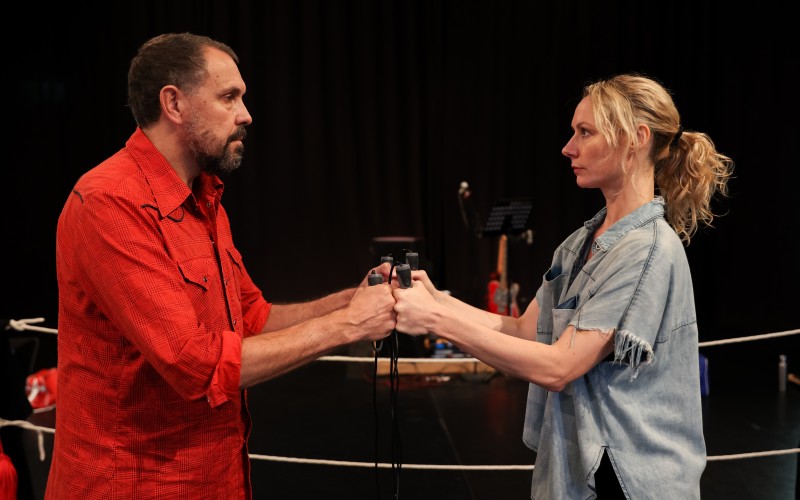