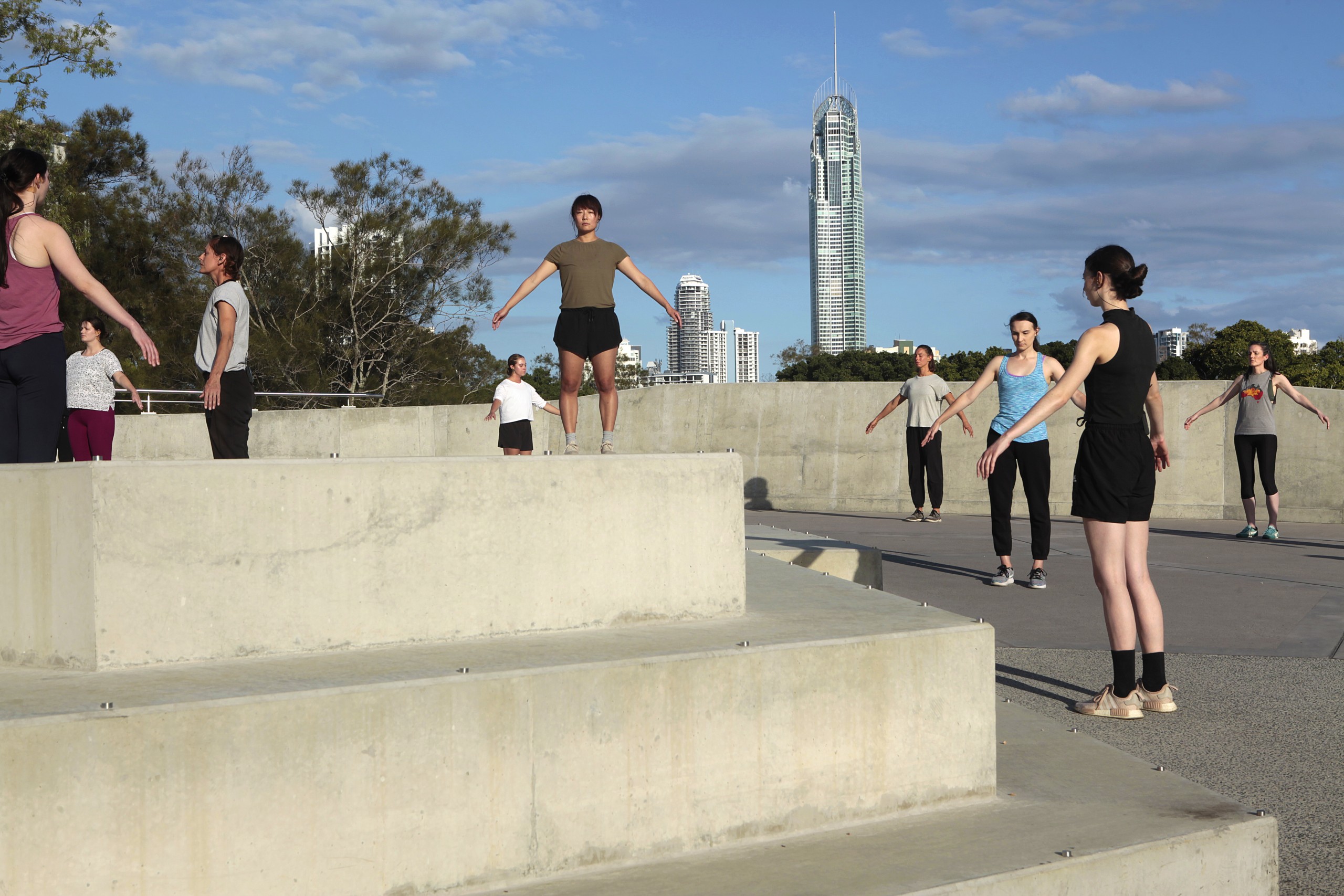 Liesel Zink is an award-winning Queensland based choreographer interested in the body in shifting environmental and political landscapes. Seeking to engage new and diverse audiences in meaningful arts experiences she creates large-scale dance and sound work in public space and uses her process as an opportunity for artistic, cultural and intergenerational exchange.

In 2019, Liesel choreographed a new site-specific work We and the Uncertain in Ukraine at Mystetski Arsenal and undertook a La Boite /MDH residency for development of a new public space dance/science project Awesome: a state of wonder and fear. In 2018 Liesel premiered new dance and science collaboration Inter at Flowstate, and joined Force Majeure as a lead artist in development of their site-specific work FLOCK, commissioned for the Commonwealth Games Cultural Festival. She’s also been commissioned to create works for Australian dance companies including Tasdance, EDC and LINK Dance Company.

As a producer, Liesel is currently working with Performing Lines to produce tours of Amrita Hepi’s A Call To Dance and has also produced for Michael Smith and Supercell Festival 2019. She’s currently producing a Hong Kong/Queensland Independent Dance project aimed at strengthening relationships between those arts communities. Us And All Of This