Lz’s recent project, Aeon, premiered with Arts House for Dance Massive 2017, and was commissioned by Mobile States. Produced by Performing Lines it was developed across Australia and toured to Dance Massive, Liveworks Festival, and Tura New Music Festival.

Aeon expands on the explorations of Flyway, a sonic walking meditation on migratory birds and urban cohabitation, which Lz also created with Lawrence English (sound artist) and Lara Thoms (dramaturge). It was nominated for a 2013 Green Room Award, was co-winner of the international Music Theatre NOW (MTN) competition (2012) and received the MTN Operadagen Rotterdam Award (2013). Flyway has been presented at Next Wave Festival, Operadagen Rotterdam , Varna Summer International Theatre Festival, Bulgaria, NOA Festival, Lithuania, The Substation, Melbourne and Theater der Welt, Germany. It is touring to Theatre Garonne in France in 2018.

As an Artistic Associate with Aphids, since 2012, Lz has co-created and performed in: Howl (Arts House, FOLA), A Singular Phenomenon (Malthouse), The Drive-In Project (Dromana Drive-In) and Thrashing Without Looking (toured by Performing Lines).

Recently Lz has been developing an improvisation-based solo dance practice and created a new short work for Lucy Guerin Inc. Pieces for Small Spaces. This practice has also been supported through residencies at Performance Space, Dance House, Lucy Guerin Inc, Arts House and the Australia Council through a mentorship with Martin Del Amo. 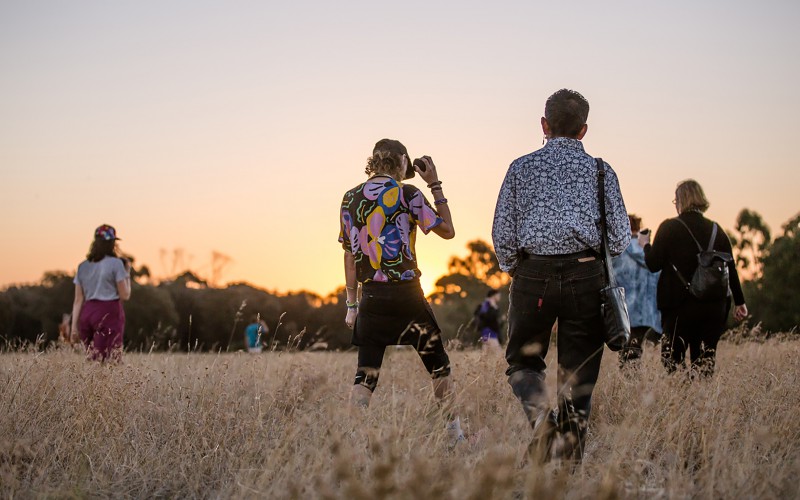