Mac has long displayed a knack for meshing melancholy and elation. His inspired melodies often seem to be seeking out a satisfying but unexpected resolve that cleverly leave the listener hanging. The Sydney Morning Herald

Paul Mac is one of the leading figures in Australian electronic music. He is a composer, songwriter, musician and producer. Paul is a multi ARIA Award winner for his work with underground dance pioneers Itch-E & Scratch-E and for his own solo work.  He has released an album to much acclaim under the moniker, The Dissociatives, with Silverchair’s Daniel Johns and co-wrote and co-produced Ngaiire’s “Blastoma” album.

Paul scores music for films, TV and theatre and he has previously worked with Bangarra on the acclaimed productions – Blak and Miyagan from OUR land people stories.

In addition to his multiple ARIA awards and APRA songwriting award, Paul’s career highlights include Australian Dance Music Awards for Outstanding Contribution to Dance and Producer Of The Year.

Paul is currently at the Sydney Conservatorium of Music completing a Doctor of Musical Arts. Most recently, Paul composed music for Sydney Theatre Company’s production of “How to Rule the World” by Nakkiah Lui. His electronic, choral, theatre work “The Rise and Fall of St George” (with playwright, Lachlan Philpott, and director Kate Champion) sold out at the Sydney Festival 2021.

Paul released his latest album “Mesmerism” on the Here To Hell label.

Lachlan Philpott is Artistic Director at Playwriting Australia, and has a long and celebrated career as a writer, dramaturg, teacher and mentor with companies and festivals around the world. His recent projects featured at The American Conservatory Theater in San Francisco, La Comedie Francaise in Paris, Outburst in Belfast, Australian Theatre for Young People, Malthouse, Merrigong Theatre Company, and Red Stitch with his long-term creative collaborator Alyson Campbell as part of their queer collective wreckedallprods. He was also the Artistic Director/CEO of Tantrum Theatre, Newcastle and led Australian Theatre for Young People’s emerging writers’ program between 2008 and 2011, establishing one of the companies’ most successful and enduring programs, the National Studio for emerging writers.

Lachlan’s output as a writer has been prodigious, with wide production of his work in Australia and internationally and 15 plays published to-date. In 2018, Oberon Books will publish two anthologies of his most recent works.

Widely respected for his generous and insightful mentorship of emerging artists and his vocal leadership as an advocate of new Australian plays and playwrights, Lachlan has mentored over 100 emerging writers in Australia. He was lead tutor of Interplay Africa [2009] and a recent tutor at American Conservatory Theater, Edinburgh University, Kansas State University, NIDA, The University of Southern Alaska, UOW and VCA.  Lachlan facilitated The Lotus Asian writers’ initiative and Outposts regional writers’ programs for Playwriting Australia. 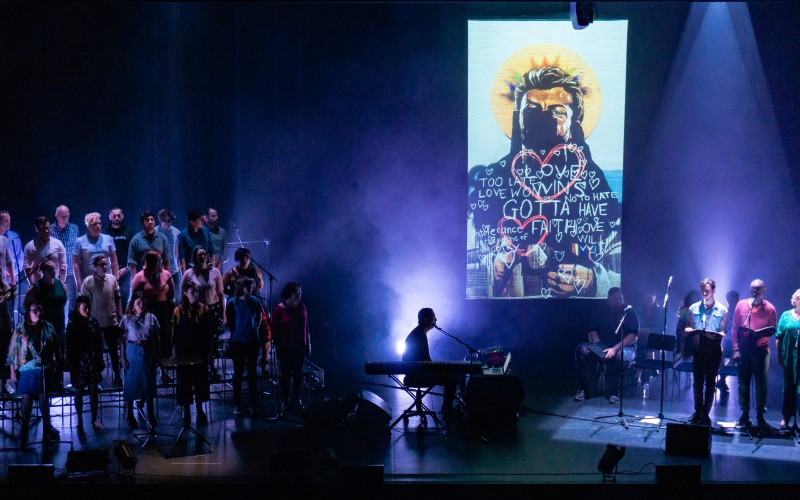 The Rise and Fall of Saint George