William Yang’s performances are among the enduring pleasures of Australian Theatre
John McCallum, The Australian

William Yang is one of Australia’s most celebrated independent photographers and performers. Born William Young in North Queensland in 1943, he changed his name to William Yang in 1983. He worked as a playwright from 1969 to 1974, and since then as a freelance photographer. His first solo exhibition in 1977, Sydneyphiles, caused a sensation because of its frank depiction of the Sydney gay scene. Later these photographs became part of a larger exhibition, Sydney Diary, which was published as a book of the same title in 1984. In the mid-eighties, William Yang began to explore his Chinese heritage which had hitherto been lost to him by his complete assimilation into the Australian way of life. His photographic themes expanded to include landscapes and the Chinese in Australia. During this period he made visits to China.

William Yang integrated his skills as a writer and a visual artist in 1989. He began to perform monologues with slide projection in the theatre. These slide shows were a form of performance theatre and have become his favourite way of showing his work. The third one, Sadness, wove together two themes: the discovery of his Chinese heritage, and the rituals of dying and death in Sydney. The piece has toured successfully nationally and internationally as has all his subsequent pieces. William has created and performed seven full length monologues in all, including Shadows, Blood links, The Story Only I Can Tell and Objects For Meditation.

In addition to his famed monologues, William Yang has presented over twenty individual exhibitions across Asia, Australia, Europe and North America. He is represented by Stills Gallery, Sydney.

The Story Only I Can Tell 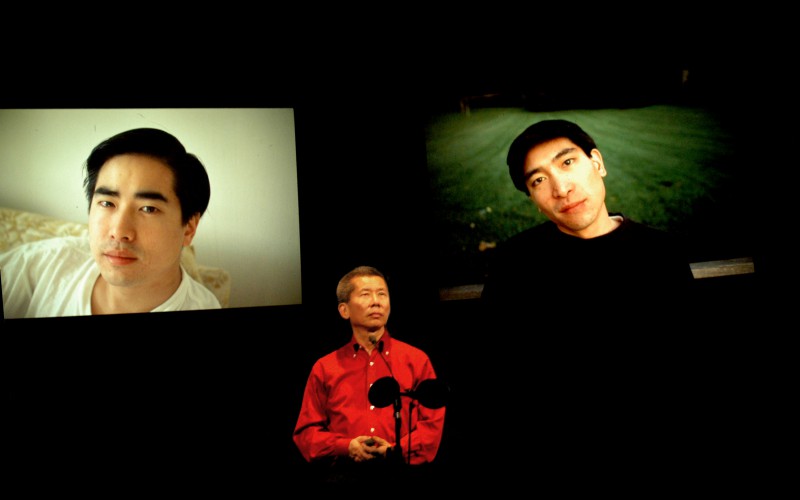